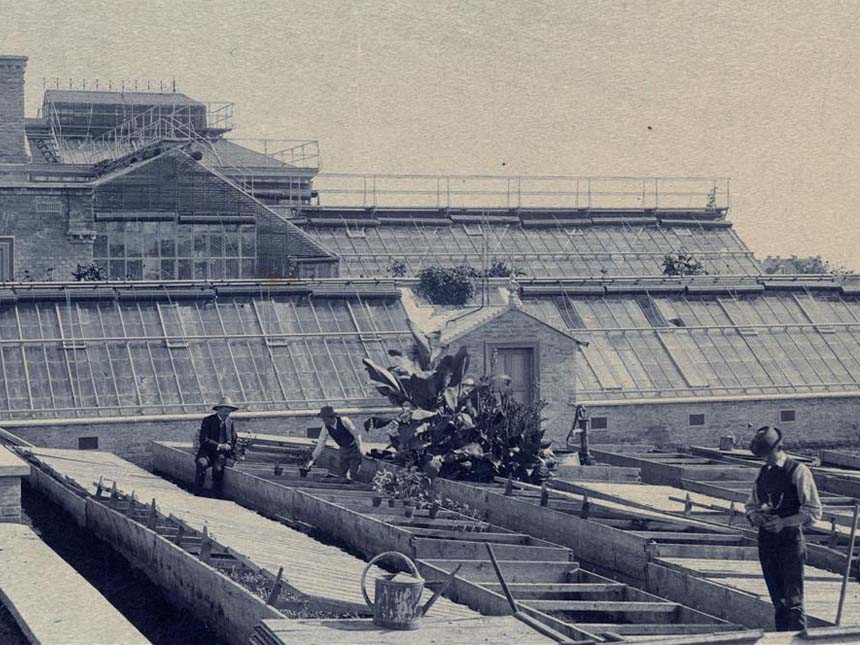 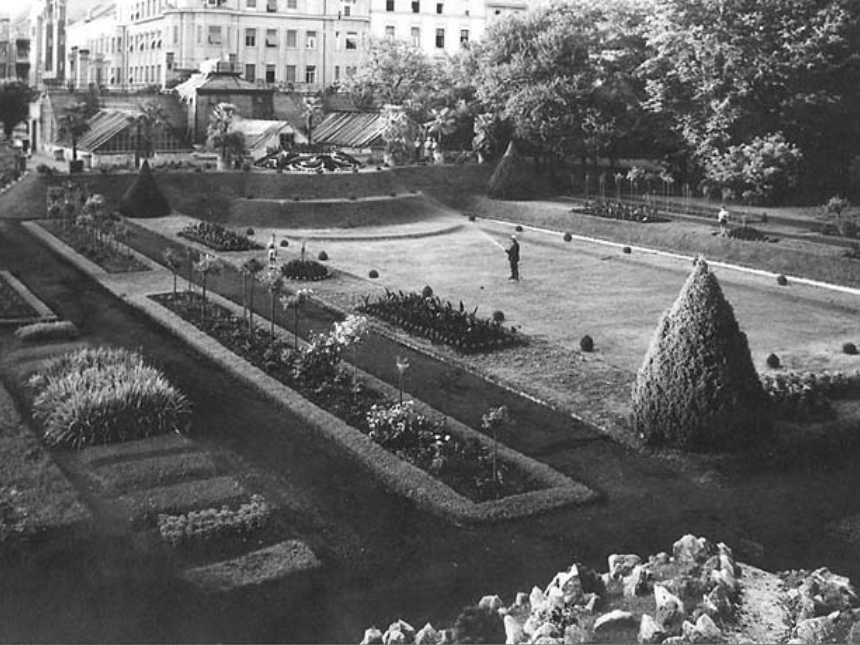 The idea of establishing a botanical garden for the Department of Botany and Physiology of the Faculty of Philosophy was initiated by Prof. Bohuslav Jiruš, the first professor of botany at the University of Zagreb. His successor, Prof. Antun Heinz, brought this idea to life and established the Botanical Garden in 1889. It is interesting to note that, at that time, Zagreb had a population of only 38,000 living in 2,000 houses, but the University had already been there for 220 years. The first design and construction works in the Garden started in 1890, and the first planting started in 1892. The plants were arranged according to their phylogenetic relationships, while attention was also paid to the aesthetic value of the beds. Most of the Garden was built in the landscape style (the so-called English style) with randomly planted groups of trees and bushes, and meandering paths. Only the parterre (ornamental flower beds) located south of the greenhouse was built in the French style, according to a strict geometrical and symmetrical ground plan. By the beginning of the 20th century, after only ten years of operation, the Botanical Garden was already rich in species, aesthetically well-designed and carefully maintained, as was repeatedly noted by Prof. Heinz.
Since 1892, public toilets, two artificial small lakes, basins with a fountain in the parterre south of the greenhouse and other ancillary structures have been built, in addition to the gardener’s house (1890), the greenhouse and the exhibition pavilion (1891). The first excursion aimed at gathering living plants for the Botanical Garden was organised as early as 1908. During the excursion, 128 species of indigenous flora from the surroundings of Zagreb, Samobor and Gorski kotar were collected. 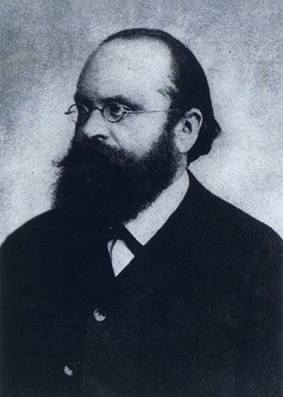 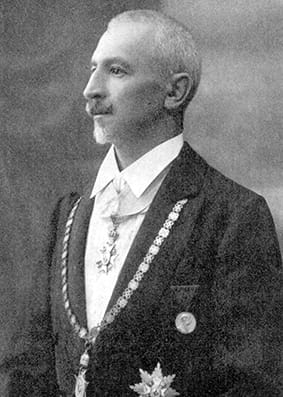 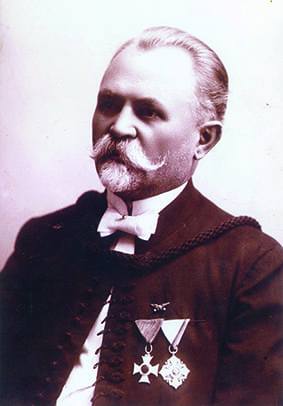 During the First World War and the economic crisis, the Botanical Garden entered a very difficult period and was closed to the public for a while. However, in spite of the difficulties, a karstic phytogeographic section, the first rockery intended for indigenous species of the Croatian flora, was built in 1927 at the initiative of Prof. Ivo Horvat. It was followed by phytogeographic sections intended for Alpine (1949), Mediterranean (1954), Sub-Mediterranean (1965) and Western European (1983) groups. The latest Mediterranean phytogeographic section was built for the group of plants thriving in sunny habitats (2009).
In 1933 Well and the engine room were built in the southern part of the arboretum for purposes of the City Water Supply Network. The building’s carefully designed facade, with a pergola, blends perfectly with the ambience of the Botanical Garden. It is one of the very few preserved water supply systems built in Zagreb before the Second World War, which is why it is considered an exceptionally valuable example of industrial water supply architecture and an interesting monument of modernism of the 1930s. We plan to renovate the building, repair the pergola and continue to use the water from the well to irrigate our flowerbeds. 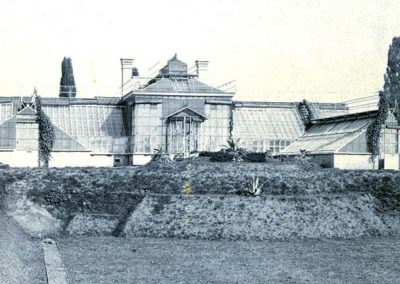 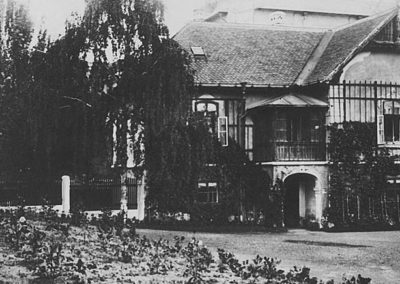 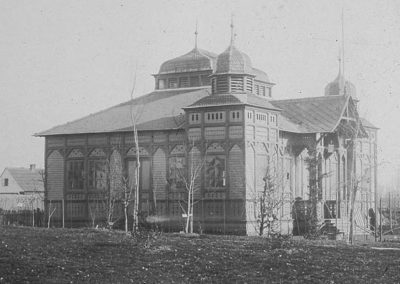 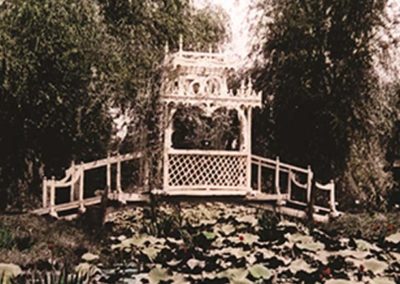 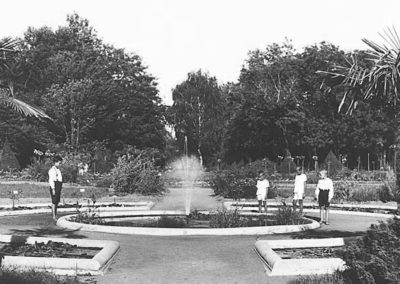 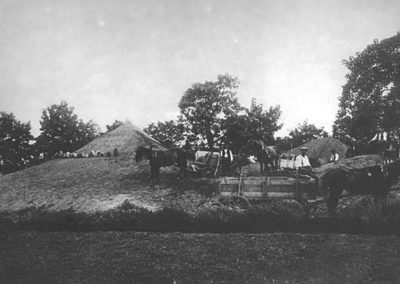 During the 1940s, i.e. during the war and post-war years, only the essential parts of the Garden were maintained. The Garden was damaged by bombing and closed to the public again. It took a long time and effort to restore the war-damaged and long-neglected Garden. To address these problems, the position of Director of the Garden was established in 1948, which was served successfully by Dr. Sala Ungar until 1978. During that time, much effort was put into cataloguing and increasing the plant collection, with a special emphasis on collecting plants from their natural habitats. All the relevant data about the cultivated species were entered in the register, which is still kept today. Two editions of the Guide were published during that time as well as the regular annual Delectus Seminum catalogues of the seeds for exchange with botanical gardens worldwide. The systematic field intended particularly for students of plant taxonomy was built in 1954.
In 1969, the Botanical Garden participated for the first time at the annual Flower Fair (predecessor of the modern FloraArt show) and received an award.  The Garden has also won numerous other awards at subsequently organised flower fairs. On the occasion of the 90th anniversary of its establishment, the Tourist Board of the City of Zagreb awarded the Botanical Garden a diploma plaque for ‘the exceptional contribution to the tourism of the City of Zagreb’.
During the 1980s, the Garden was carefully maintained, redesigned and restored (greenhouses, decorative wrought-iron fence, public toilets, small lakes and a small bridge), so that it would truly ‘shine’ on its 100th anniversary. After a century of coal-fired central heating in the greenhouses, a new modern gas-operated boiler-room was built in 1989. Thus, the centenary of the oldest university botanical garden in Croatia was marked in 1989 by numerous events and ceremonies.
After a brief suspension of operations due to a shortage of funds, the Garden restoration-work was continued at the beginning of the 21st century thanks to generous financial support from the City of Zagreb and the University of Zagreb. The first phase included the reconstruction of the infrastructure (precipitation and wastewater sewage system, water supply and hydrant network, new boiler-room for the central heating system). Afterwards, the basins with a fountain, the wooden bridge, the cool greenhouse, the main entrance portal and the exhibition pavilion were restored as well. The restoration of the 19th century exhibition pavilion was the most demanding task.
Since the Botanical Garden is statutorily protected as part of the architectural complex of a series of parks and squares in Zagreb’s lower town, known as the Lenuci Horseshow (Lenucijeva potkova), all the design documentation had to be prepared in consultation with the City Institute for the Conservation of Cultural and Natural Heritage. We are still facing major challenges since the exhibition greenhouse, the decorative fences, the administration building and the building of the Division of Botany all need restoration. 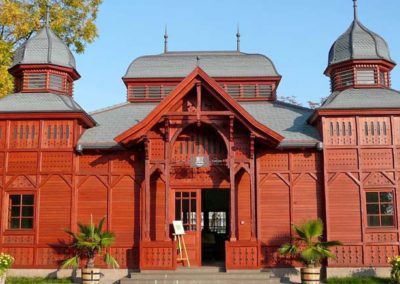 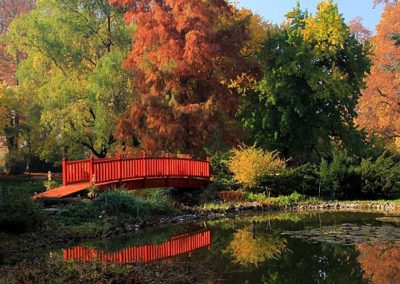 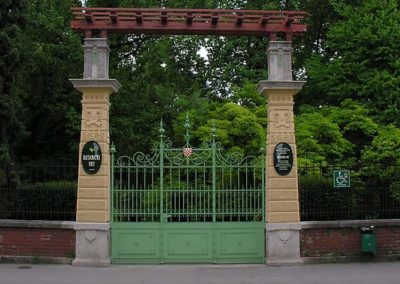 Because of its significant educational, cultural, historical and touristic value and the overall importance for the City of Zagreb and the Republic of Croatia, the Botanical Garden was proclaimed a statutorily protected monument of garden architecture in 1971.

Due to special position within the Faculty of science, the Botanical garden functions as a special division of the Department of Biology since 2013.