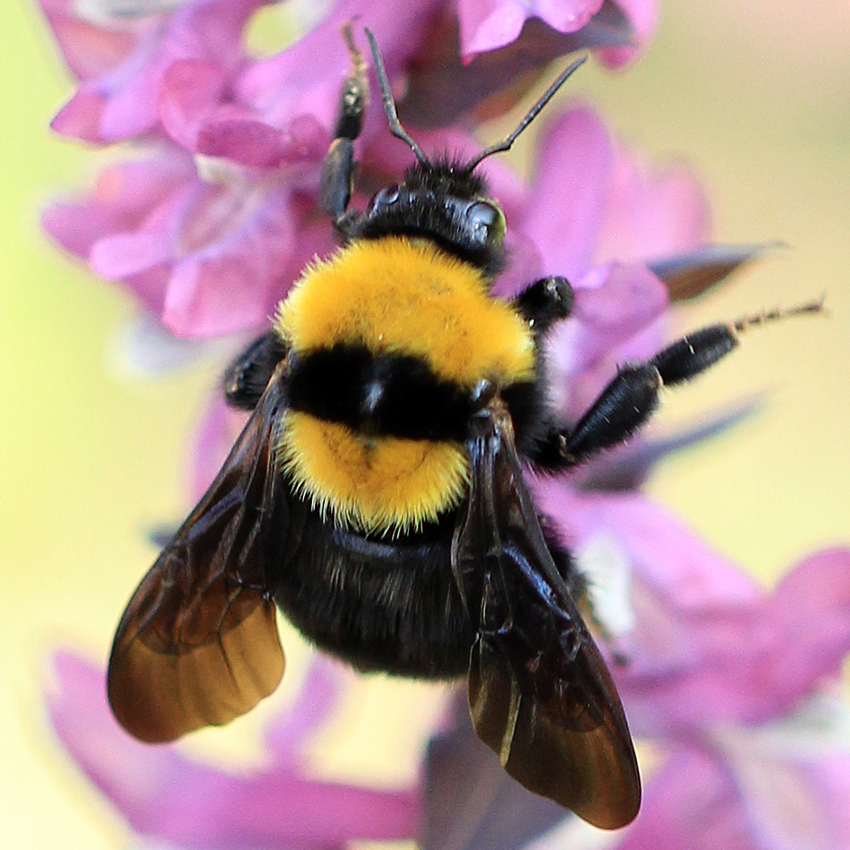 Besides the numerous plants, during your tour of the Garden, you will see at least a few animal that have found a temporary shelter or even a permanent home in this peaceful green oasis in the centre of the bustling city. Among the numerous invertebrates, you can see and busy invertebrates; earthworms, snails, useful butterflies, bees and bumblebees buzzing around the plants, but also a number of less desirable ones like slugs and various parasitic insects. 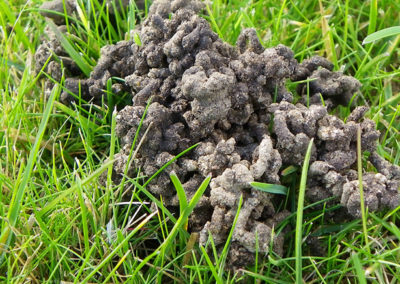 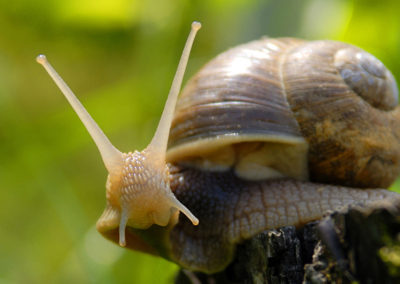 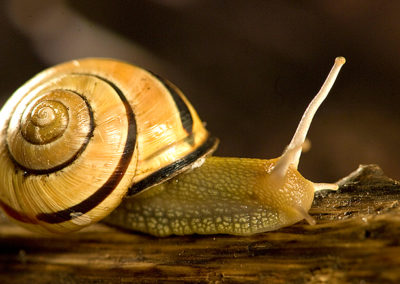 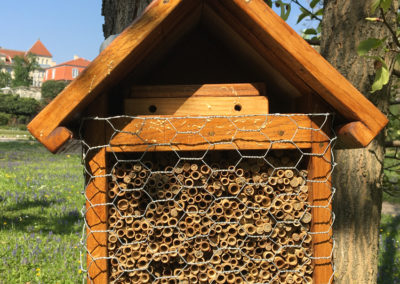 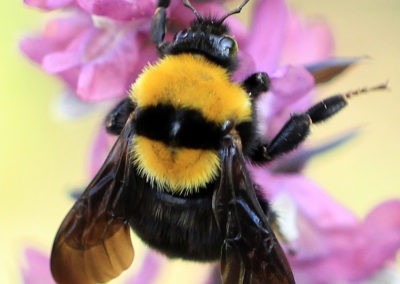 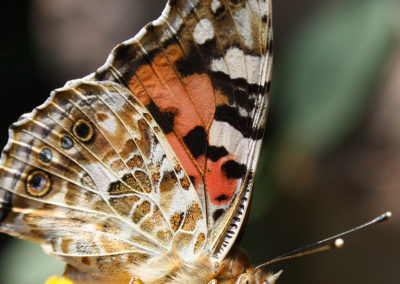 Most attractive, particularly to our youngest visitors, are the inhabitants of the lakes and ponds. Rare are those who do not stop to enjoy the sight of the goldfish swimming among the aquatic plants. Of the amphibians, the most common are the Green frogs (Rana esculenta), which jump vigorously into the water if you approach them too closely. The domestic Marsh turtles (Emys orbicularis) and alien, invasive Red-eared sliders (Trachemys scripta-elegans) sunbathe on the shores of the lakes and ponds all summer long. Before the winter comes, just like the frogs, they bury themselves in the mud and hibernate until the spring. Common wall lizards (Podarcis muralis) and Green lizards (Podarcis sicula) idle around on the walls and rocks until the first sign of danger, when they scurry to the nearest shelter. 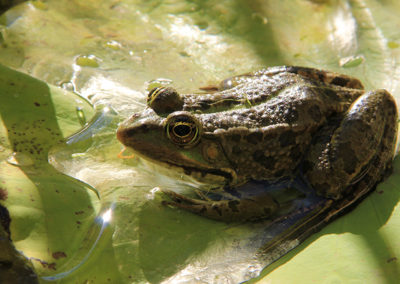 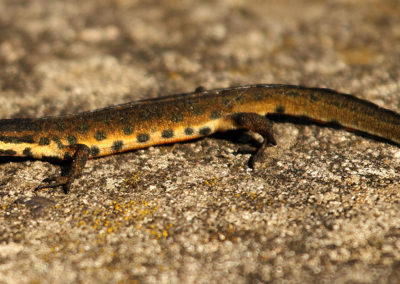 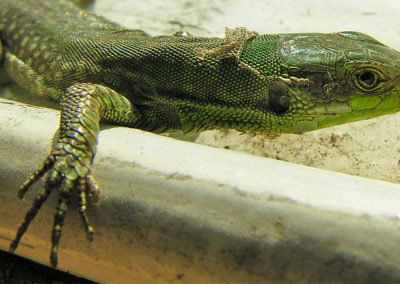 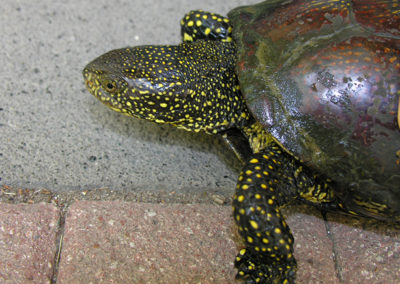 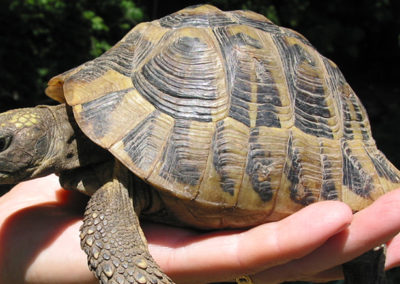 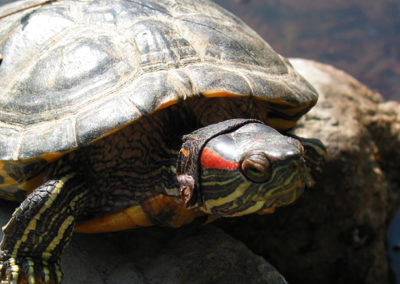 Of course, mammals live in the Garden as well, but we see them less often because they are mostly active at night. During the day, the chances are that you will see cats from the neighborhood, and sometimes a Red squirrel (Sciurus vulgaris). If you stay in the Garden until the evening, you might see bats, hedgehogs or small rodents, such as mice or voles.
Birds are the most studied animals in the Botanical Garden. Although most of the visitors see only crows and sparrows, about 90 species of birds have been recorded in the Garden, 45 of which also nest here. If you pay closer attention to the certain trees and shrubs, you will see many orifices and holes made by the Lesser spotted (Dendrocopos minor) and the Great spotted woodpeckers (Dendrocopos major). Tawny owls (Strix aluco), Eurasian blackbirds (Turdus merula), warblers (Sylvia spp.), Nightingales (Luscinia megarynchos), Eurasian nuthatches (Sitta europaea), tits (Parus spp.), European starlings (Sturnus vulgaris) and many other songbirds nest in the tree crowns, shrubs and even on the ground. Occasionally, one can see a pair of our largest species of pigeon, the Common wood pigeon (Columba palumbus), foraging around. The Common wood pigeon can easily be recognised by its size, bluish plumage and big white spots on its neck. The most notable occasional visitors to the Garden are the Grey heron (Ardea cinerea) and Mallards (Anas platyrynchos), the latter occasionally nest in the Garden and may be seen taking their ducklings for a walk, and so thrilling the children. Many old trees, although they should have been replaced long ago, have been preserved because they provide homes for birds and bats. In addition, we have installed a number of nest boxes for the birds. 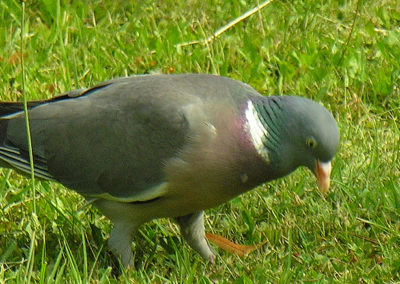 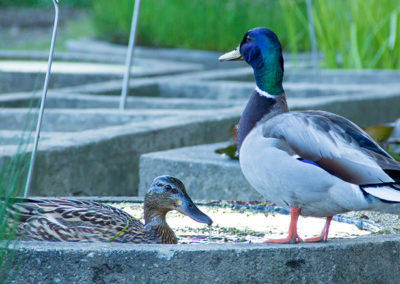 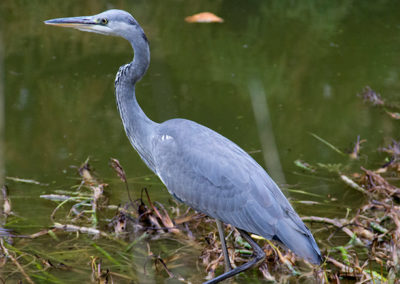 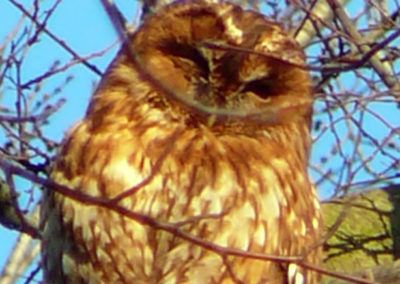 Tawny owl (Strix aluco) is occassionally nesting in the arboretum