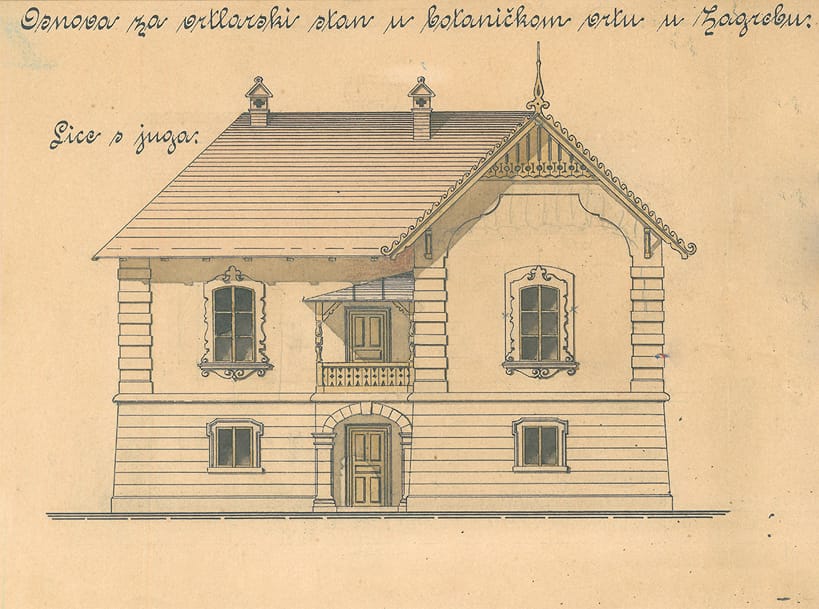 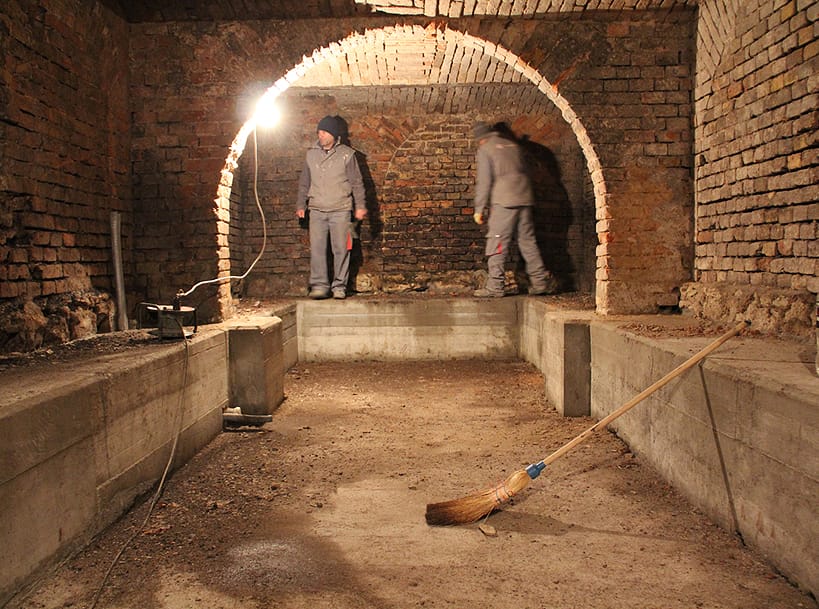 The Garden is statutorily protected Monument of garden architecture since 1971, as well as part of the Cultural heritage of Republic of Croatia (Lower Zagreb ‘Green horseshoe’), not only for its collections (which are the most important) but also for the preserved original layout and the historic buildings. The oldest historic buildings are those from the end of 19th century; the Gardener’s house, the Main entrance portal and wrought iron fence, the Fountain with basins, the Exhibition greenhouse and the Exhibition pavilion. From 1900 to 1930s Public toilet, western part of the fence, Water well and engine room and the Physiology department house were built. Building and alterations from 1940 onward did not radically change the existing buildings, rather the garden space due to establishment of new collections. Original buildings were maintained as functional space, with first major ‘cosmetic’ renovation prior to the Garden’s 100th birthday and the Zagreb student Olympics (Universiade) in 1989. With financial support of the City of Zagreb we started the thorough restoration of our historic buildings in 2006, in accordance with strict conservation rules. Water fountain and basins were restored in 2005/6, followed by reconstruction of Exhibition pavilion (2006/7) and the Main entrance portal (2008). Restoration of the unique Exhibition greenhouse (the only such building in Croatia) started in 2015. 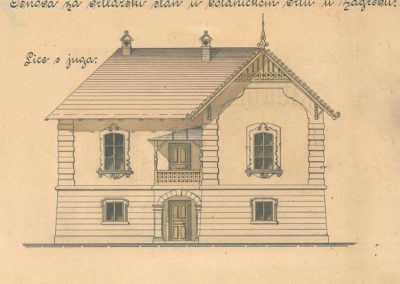 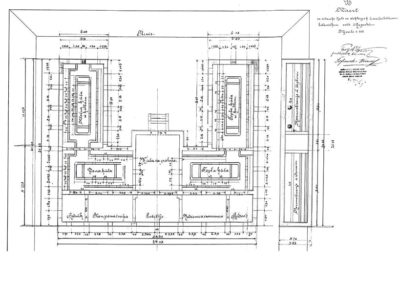 Original blueprints of the Exhibition greenhouse, 1891 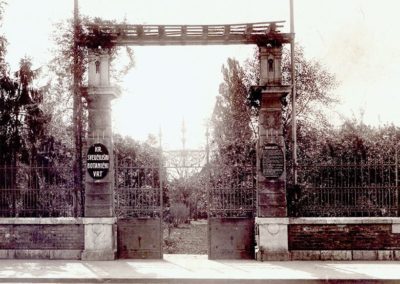 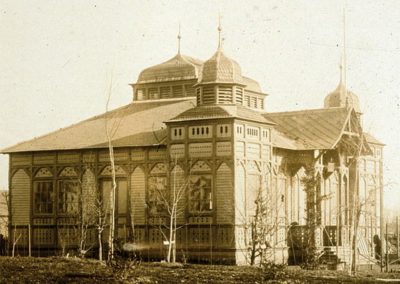 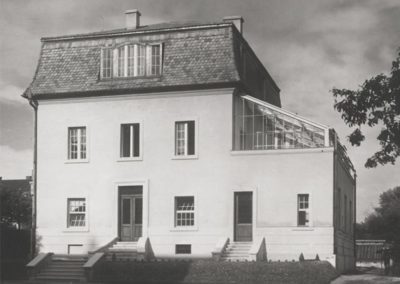 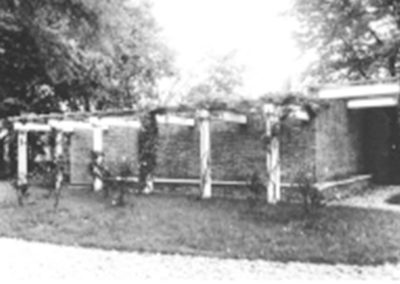 The Exhibition pavilion and the Main entrance portal restoration

On the occasion of the second Economy and Forestry Jubilee Exhibition in Zagreb (1891), the Royal Land Government exhibited products from state penitentiaries in a beautiful wooden pavilion. When the exhibition closed, the pavilion was donated to the Botanical Garden. Since, at that time, there were no structures in which sensitive plants could be kept during the winter, the pavilion was temporarily used for that purpose during the construction of the parterre and other beds. After the Second World War pavilion’s wooden structure began to decay and changes in its shape were eminent. The northern part of the pavilion was renovated and converted into a residential building, but since 1988 this derelict building has been used as winter shelter for some of the specimens of the plant collection. By the end of the 20th century, this 100-year-old building was in such a bad shape that it needed complete reconstruction. The detailed conservation documents were prepared by the conservation architect Mladen Perušić from the City Institute for the Conservation of Cultural and Natural Heritage, with help of engineer Ivo Lovrek who was construction site manager. The pavilion was restored during 2006 and 2007 through concerted efforts of the Faculty of Science of the University of Zagreb and the City of Zagreb. The original part of the pavilion, preserved to this date, is its wooden roof-supporting skeleton, while all the other parts – the domes and the hull, all made of larch wood, were rebuilt according to the photos, and thus, the exhibition pavilion serves the same purpose today as it did at the end of the 19th century.  Many species, mainly Australian and Mediterranean woody plants, are overwintered in the pavilion. During the summer, the pavilion is used for exhibitions and educational activities.
During the restoration of pavilion, a new fence along the eastern border of the Garden was constructed according to 120 years old original blueprints, using old Austrian red brick format and Roman travertine ‘caps’ for the wall, with wrought iron fence adorned with decorations. On the occasion of opening the restored pavilion and the beginning of the 339th academic year of the Zagreb University, a festive autumn Garden party was held in the Garden, under the auspices of Zagreb Mayor, Mr. Milan Bandić.
A year later (2008) the City and the University donated funds for restoration of the Main entrance portal; first conservation tests were made in 2008, followed by the restoration of wrought iron gate with ornaments and the brick/travertine pillars. A decorative wooden beam (traverse) and the oval plates were reconstructed according to photographs from 1890s. Old black and white photos could not show the original colour of the iron parts, which was also not mentioned in any old descriptions of the Garden so it was surprising to find out it was not black, but green in shade of copper oxide, which is in accordance with Art Nouveau period in which the Garden was built. The rest of the fence will also be in that green colour after its restoration. 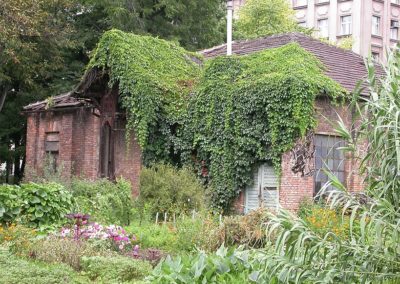 Ruined pavilion prior to restoration, 2002 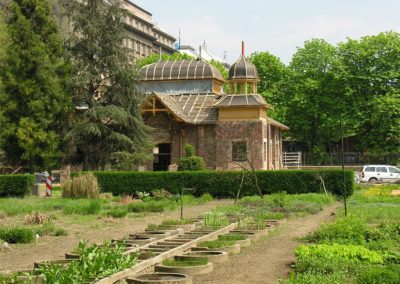 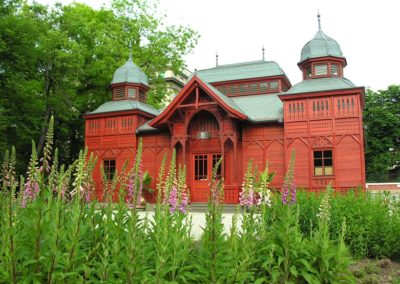 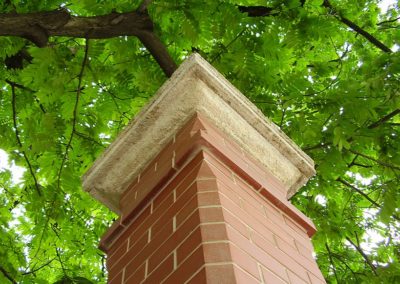 A detail of the new eastern fence with old brick format and travertine caps, 2008 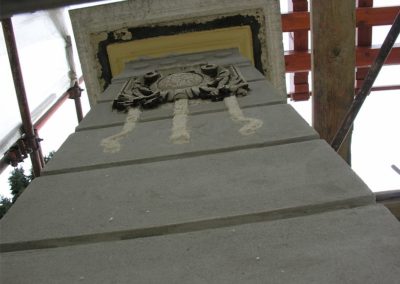 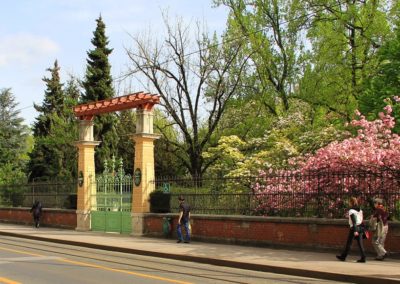 Surely most valuable building in the Garden is its Exhibition greenhouse, built in 1891 for the purpose of cultivating exotic plants. It was open to public until the beginning of the 20th century, when the collection was to big for a small greenhouse, leading to its permanent closing. Since then it was maintained and used only for growing different plant collections, not for public display. Functionality was never lost, but the ornamental appearance was largely gone due to necessary alterations and repairs.
After the Exhibition pavilion was restored we begun to prepare detailed documentation necessary for the restoration of the greenhouse; from the ‘Analysis of the current state and guidelines for restoration’ and the ‘Concept design’ to final ‘Main project’, ‘Project design’ and  issuing all building permit several years passed. Again thanks to the funds donated by the City of Zagreb, the first phase of restoration started in 2014/5, with work in basement floor. Second phase started in 2016, encompassing full restoration of the basemen and the northern brick building. Previously used for the coal furnaces, the basement should accommodate a small modern lab with a seed bank, and partly the ‘Shade house’ or a ‘fernarium’ for display of different ferns. The most complex and the most expensive phase of the restoration is yet to come – the reconstruction of greenhouse metal framework with glasses, and the interior equipment. We hope this small jewel will shine completely restored before the 130th anniversary of the Gardens founding year. 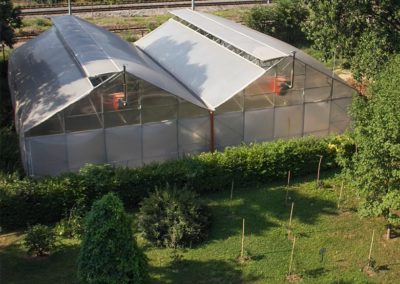 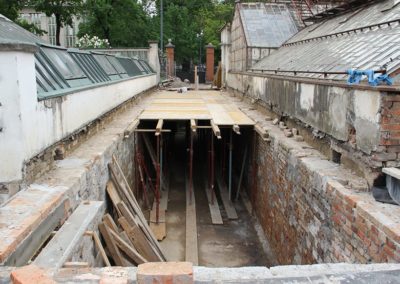 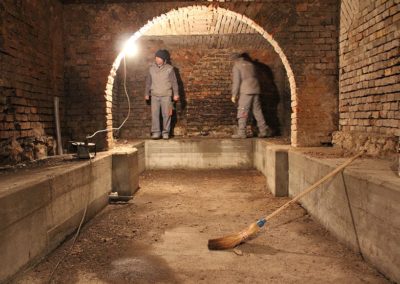 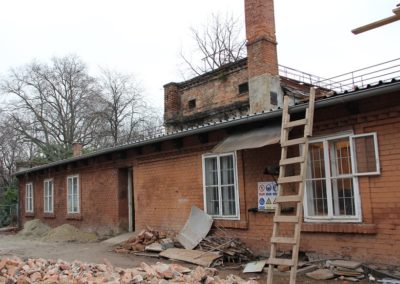 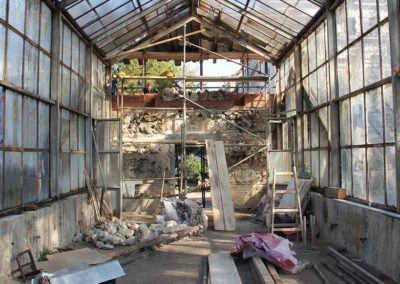 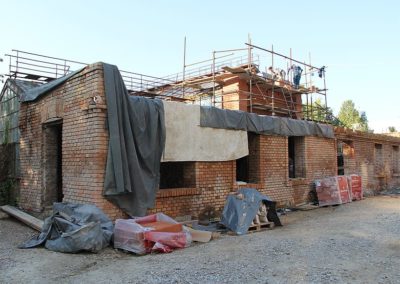